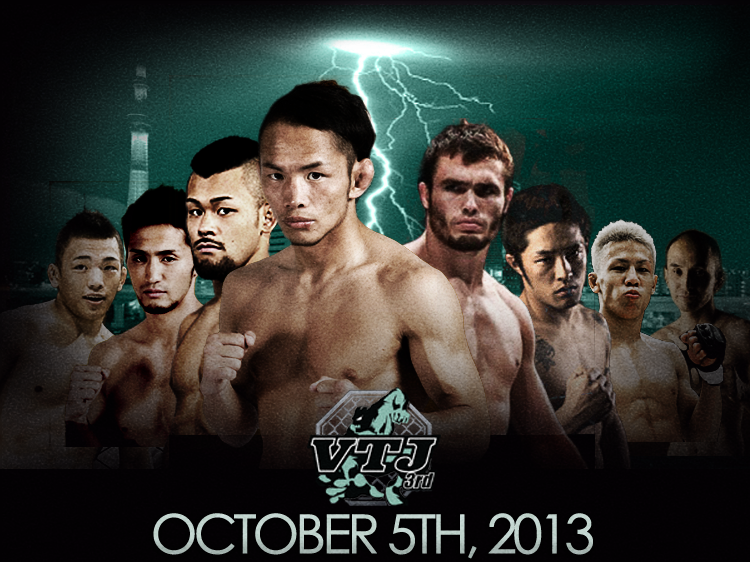 Vale Tudo Japan has announced four additional fights for the upcoming Vale Tudo Japan 3rd fight card which will take place on Saturday, October 5th at the Ota City General Gymnasium in Ota, Tokyo, Japan. VTJ and UFC veteran CAOL UNO will be battling DANIEL ROMERO, MOTONOBU TEZUKA steps in the cage against YUTA NEZU, the experienced TAKESHI INOUE takes on YUSUKE YACHI, and newcomers RYUTO SAWADA and HIROYUKI TAKAHASHI have been added to the card.

Vale Tudo Japan helped pioneer modern day MMA with its inception in the early 90’s by having a wealth of talent come through the organization including Randy Couture, Rickson Gracie, Dan Severn, and Frank Shamrock among many others.

Vale Tudo Japan 3rd will be the final resting stage for the career of one of women MMA’s most well respected and accomplished athletes, Megumi Fujii. In the main event, Fujii is set to take on her rival and former Bellator contestant, Jessica Aguilar. Also on the card, former UFC and WEC vetern, WILL CAMPUZANO will be taking on a very experienced HIDEO TOKORO.